Students are requested to fill the faculty survey from in their student profiles. 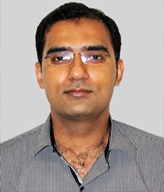